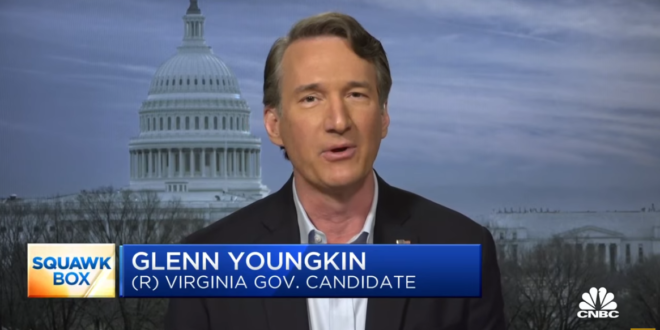 A new ad for Virginia Republican gubernatorial candidate Glenn Youngkin’s campaign features a Fairfax parent who sought to have Nobel Prize-winning author Toni Morrison’s 1987 classic novel “Beloved” removed from her son’s school curriculum because it gave him nightmares. “As a parent, it’s tough to catch everything” Laura Murphy, identified as a Fairfax County mother, says in the ad.

“So when my son showed me his reading assignment, my heart sunk. It was some of the most explicit material you can imagine. I met with lawmakers. They couldn’t believe what I was showing them. Their faces turned bright red with embarrassment.” Murphy, however, does not mention in the ad that her son was a high school senior at the time and that the book in question won the 1988 Pulitzer Prize for fiction.

What’s it like to have Terry McAuliffe block you from having a say in your child’s education?

This mom knows – she lived through it. Watch her powerful story. #VAgov pic.twitter.com/u8EjmMQX0n

Glenn Youngkin has a new ad featuring a mom who wanted to ban the book “Beloved” from her son’s school after he had night terrors after reading it in AP English in 2012. (He now works for the NRCC and interned for Trump.) https://t.co/SjGPHTPyWX by @Robillard