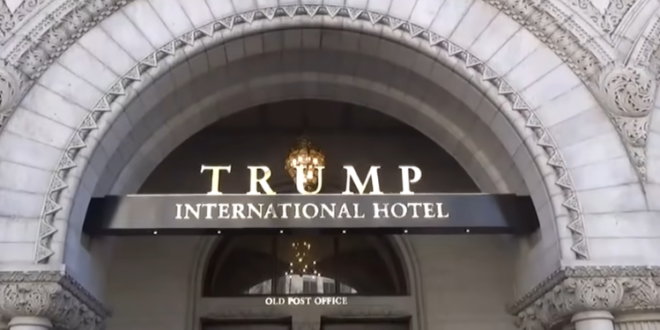 Former President Donald Trump’s family company is in advanced discussions to sell the rights to its opulent Washington, D.C., hotel in a deal worth more than $370 million, say people familiar with the matter.

CGI Merchant Group, a Miami-based investment firm, is in talks to acquire the lease on the hotel, these people said. The property is owned by the federal government, but with extensions the lease runs close to 100 years.

CGI has also entered into discussions with hotel operators, including Hilton Worldwide Holdings Inc.’s Waldorf Astoria luxury brand, about removing the Trump name in favor of that of another hotel manager, these people said.

Trump should never have been allowed to keep the lease as president in the first place. https://t.co/sKDVCEPXz8