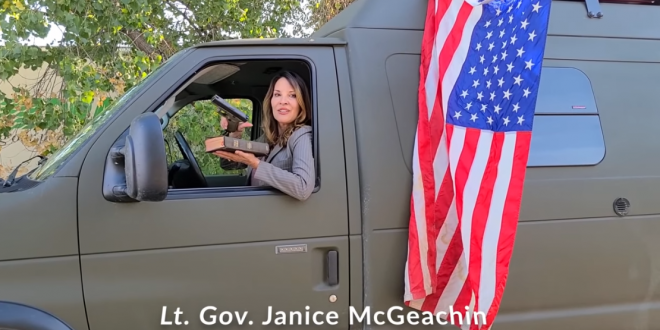 Idaho Gov. Brad Little said he will rescind an executive order involving Covid-19 vaccines by Lt. Gov. Janice McGeachin, and the commanding general of the Idaho National Guard also on Tuesday told McGeachin she can’t activate troops to send to the U.S.-Mexico border. Little and Major General Michael J. Garshak made the statements as McGeachin on Tuesday in a flurry of activity attempted to exercise her authority as acting governor with Little out of the state.

Little is in Texas meeting with nine other Republican governors over concerns on how President Joe Biden is handling border issues. McGeachin, a far-right Republican, is running for governor. In Idaho, the governor and lieutenant governor don’t run on the same ticket. McGeachin’s executive order issued Tuesday afternoon seeks, among other things, to prevent employers from requiring their employees be vaccinated against Covid-19.

Read the full article. When Little was out of the state back in May, McGeachin issued a ban on mask mandates even though Idaho has never had such a statewide mandate. Little rescinded the order upon his return the next day. McGeachin last appeared on JMG when she declared that COVID vaccines will likely kill you.

In Idaho, a power play while the governor’s away – POLITICO https://t.co/ZM786HjiTS