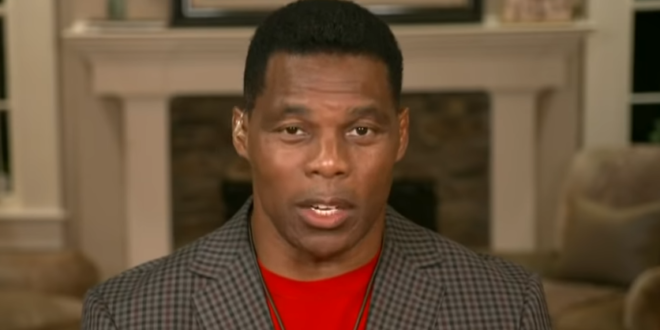 Republican U.S. Senate candidate Herschel Walker canceled a fundraiser with a conservative film producer who until Wednesday used a rendering of a swastika as her Twitter profile picture.

Walker’s campaign said in a statement that the event at the Texas home of Bettina Sofia Viviano-Langlais has been “called off,” hours after the campaign initially contended the symbol wasn’t a swastika but a sign of opposition to vaccine requirements.

Walker’s campaign spokeswoman early Wednesday said the swastika is “clearly an anti-mandatory vaccination graphic.” In another statement hours later, the campaign disavowed Viviano-Langlais’ usage of the symbol and said Walker opposed antisemitism and bigotry “in all forms.”

Herschel Walker has finally canceled a fundraiser with a supporter who used a swastika in her Twitter profile. It wasn’t really a swastika, Walker’s campaign claimed earlier. It was just a Trump supporter comparing vaccines to the murder of 6 million Jews. https://t.co/a00APBTl2B