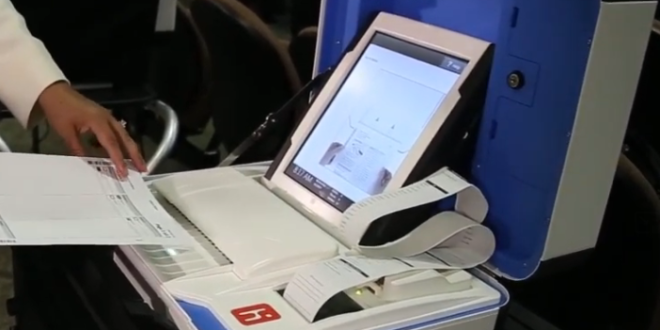 Michigan State Police launched a criminal investigation Thursday after election equipment at the center of a voting tabulator conspiracy theory went missing this week in a rural, conservative community.

Hillsdale County Clerk Marney Kast, a fellow Republican who the state tasked with running the local election instead of Scott, told Bridge Michigan her office attempted to retrieve the Adams Township equipment earlier this week but was unable to locate the tablet, which she described as the “brains” of the machine.

An Adams Township, MI voting tablet is missing, and a criminal investigation is being opened, after Stephanie Scott refused to allow a vendor access to it for maintenance. Scott, a Republican who has posted QAnon memes, has been stripped of her authority. https://t.co/w7d5NK4nlw

According to the Michigan Bureau of Elections, Adams Township Clerk Stephanie Scott failed to comply with legal requirements necessary to ensure the safety and security of upcoming elections.https://t.co/OLmGwy5dil