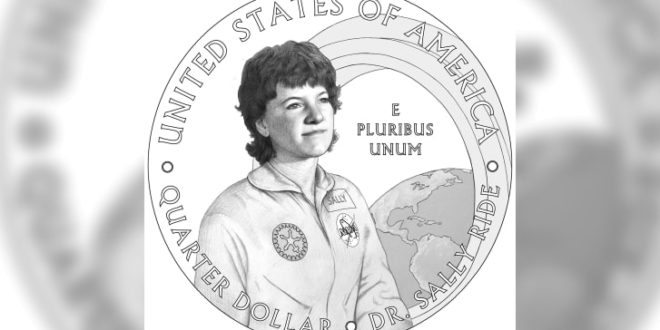 US Mint: 5 Pioneering Women To Appear On Quarters

The US Mint has announced the full list of five pioneering American women who will appear on the first run of the “American Women Quarters Program.” Images of the women, who represent a wide array of professions from which women were previously shut out, will appear on the backs of select quarters beginning in 2022. (George Washington’s facade will remain on the “heads” side.)

Two of the women, Sally Ride, an astronaut who was the first American woman in space, and the celebrated poet and civil rights activist Maya Angelou, were selected earlier this year. Treasury Secretary Janet Yellen chose the rest of the honorees with input from the public, according to the US Mint. Asian American actress Anna May Wong, Cherokee Nation leader Wilma Mankiller and suffragette and politician Nina Otero-Warren will join Ride and Angelou in being featured on the coins.

Read the full article. I believe Sally Ride will be the first LGBTQ person to appear on US currency.

They were suffragettes, leaders, artists and astronauts who transformed America. Now, they’ll be immortalized on US currency. https://t.co/icaYmVjxS0