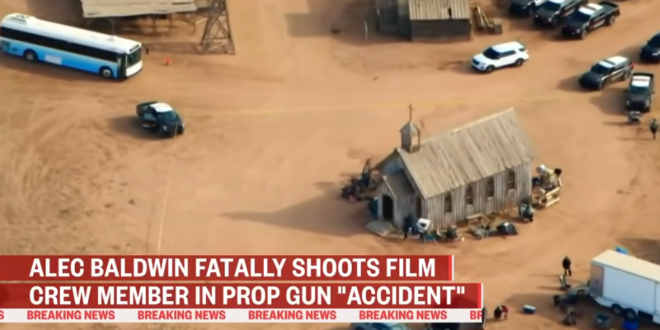 The prop gun that killed “Rust” cinematographer Halyna Hutchins and wounded director Joel Souza on during an on-set accident on Thursday contained a “live single round,” according to an email sent by IATSE Local 44 to its membership.

“A live single round was accidentally fired on set by the principal actor, hitting both the Director of Photography, Local 600 member Halyna Hutchins, and Director Joel Souza,” the union told members. “Both were rushed to the hospital. Unfortunately, we lost Sister Hutchins who passed from the wound.”

UPDATE – the crew handed Alec Baldwin a prop gun with a live round in it, obviously not to his knowledge.

IATSE clarifies that crew involved with prop gun was local to New Mexico and non-union. https://t.co/yhV7rSnd43