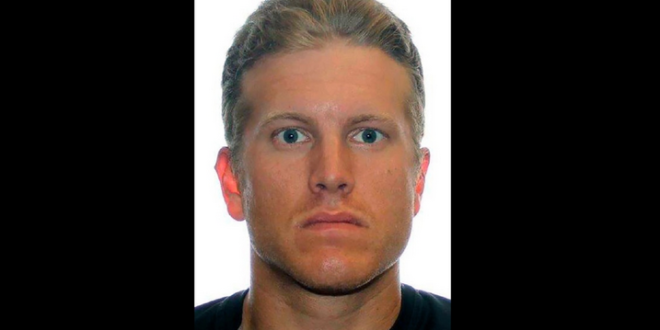 Two Neo-Nazis Get Nine Years Each In Racist Terror Plot

U.S. District Judge Theodore D. Chuang today sentenced two members of the racially motivated violent extremist group “The Base” each to nine year in federal prison, followed by three years of supervised release for firearms and alien-related charges arising from federal charges in Maryland and Delaware. Judge Chuang found that, based on additional evidence presented by the government at a hearing on October 25, 2021, the defendants committed these crimes with the intent to promote federal terrorism crimes.

Canadian national Patrik Jordan Mathews, age 29, recently of Newark, Delaware, previously pleaded guilty to the Maryland and Delaware charges of being an alien in possession of a firearm and ammunition; for the Maryland charge of transporting a firearm and ammunition in interstate commerce with intent to commit a felony; and for the Delaware charge of obstruction of justice.

According to court filings, Lemley, Mathews, and Bilbrough were members of The Base, a racially motivated violent extremist group. Since 2018, The Base has built a coalition of white supremacist members within the United States and abroad through, among other things, online chat rooms, in-person meetings, propaganda, and military-style training. The Base’s accounts on social media repeatedly posted content promoting terrorism, lone-wolf attacks, and a white ethno-state.

As detailed in the plea agreements for Lemley and Mathews, on August 19, 2019, the Winnipeg (Canada) Free Press published an article regarding one of its reporter’s infiltration of The Base that led to the identification of Mathews as a member of The Base. Mathews then fled Canada and illegally entered the United States. At some point thereafter, Lemley and Bilbrough learned that Mathews had unlawfully crossed the border.

Patrik Mathews, a Canadian member of the neo-Nazi terror group The Base, has been sentenced to nine years in prison.

Mathews hopped the border and lived in the US illegally with members of The Base who prosecutors allege he planned a mass killing with. https://t.co/TuHmQ4VPzW

BREAKING: Former member of the Canadian Armed Forces and recruiter for the accelerationist group The Base, Patrik Mathews, has been sentenced to nine years in prison.https://t.co/R3rMPUm6N0

🚨UPDATE: Prosecutors recommended 25 yrs. in prison for Patrik Mathews & Brian Lemley Jr. The men were arrested ahead of the gun rights rally last yr. Prosecutors say the men discussed assassinating a lawmaker, speaker Filler-Corn says she was the target.https://t.co/TSC1i3ZCf4