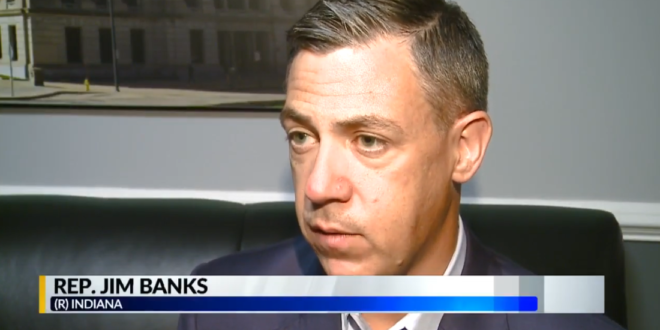 Twitter has removed a derogatory tweet by Indiana Congressman Jim Banks. Banks misgendered Dr. Rachel Levine, the nation’s first openly transgender four-star officer, on Tuesday. “The title of first female four-star officer gets taken by a man,” he said. On Saturday, the tweet was taken down, with the following message: “This Tweet violated the Twitter Rules.” Banks stood by his comments and criticized the social media platform in a statement to IndyStar.

“My tweet was a statement of fact,” he stated. “Big Tech doesn’t have to agree with me, but they shouldn’t be able to cancel me. If they silence me, they will silence you. We can’t allow Big Tech to prevent us from telling the truth. When Republicans take back the House next year, we must restore honesty to our public forums and hold Big Tech accountable.” His second tweet targeting Levine remains online.

As you can see below, Banks is playing the victim and claiming that his account was suspended, which it wasn’t. Earlier this week Banks was exposed for sending letters to federal agencies in which he falsely claimed to be a member of the House Select Committee on January 6th.

I won’t back down.

I’ll be posting on my personal account for the time being.

Big Tech must be held accountable!

Calling someone that was born and lived as a man for 54 years the first “female” four-star officer is an insult to every little girl who dreams of breaking glass ceilings one day. https://t.co/bHKmJbE6cA