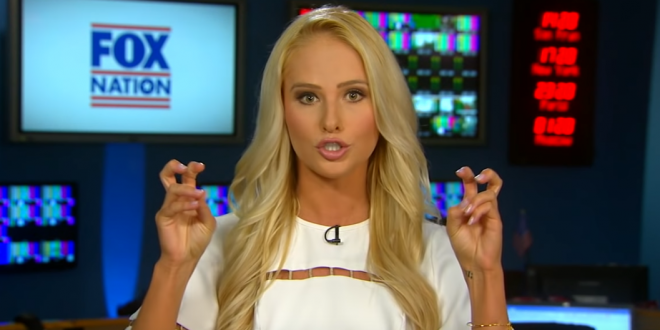 Fox Contributor: Nothing Has Made Me Prouder To Be American Than Watching Cops March Against The Vax

TOMI LAHREN: We’ve got Americans, law-abiding Americans, decent hard-working Americans, who have been going to work for two years during a pandemic, dealing with health risks, safety risks and doing it because they needed to do their job to put food on table for their families.

Those decent, law-abiding, hardworking Americans, are now being treated like criminals and you have hundreds of thousands, now well over a million illegal immigrants who have invaded into this country and they are being treated like upstanding citizens.

But I would also like to say this. When we see this protest in Brooklyn and we see these workers standing up, when I saw those images, nothing made me feel more proud to be an American.

Because I saw Americans of every color, every shape, every size, every gender, probably and every political affiliation, standing together in the name of freedom. That’s American as it gets, and I’m so proud of my fellow Americans for standing up.

The NYPD and other municipal workers just blocked traffic on the Brooklyn bridge, not to protest murders, but to protest vaccine mandates.

— Read Pedagogy of the Oppressed by Paulo Freire (@JoshuaPotash) October 25, 2021