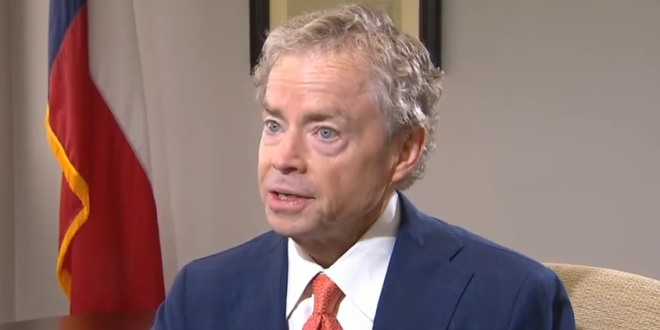 The Texas Department of Family and Protective Services webpage, which provides information to children in the foster care system, included information about a suicide prevention hotline, LGBTQ legal services, and questions about defining gender and sexual identity.

In a statement, Don Huffines said he had followed through on his commitment to get the webpage taken down. “We aren’t surprised that state employees who are loyal to Greg Abbott had to scramble after we called their perverse actions out,” Huffines said in a statement. “I promised Texans I would get rid of that website, and I kept that promise.”

According to emails cited in the above-linked piece, Abbott’s aides scrambled after that they noticed that Huffines’ anti-LGBT video was “getting traction” on Twitter.

It’s offensive to see @GregAbbott_TX use our tax dollars to advocate for transgender ideology. This must end. #txlege pic.twitter.com/gQiAEJZ8YR