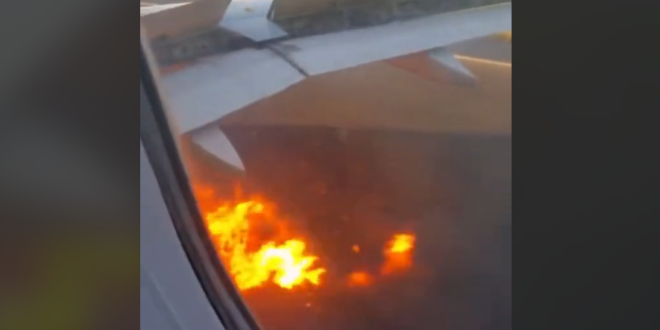 A Spirit Airlines flight from Atlantic City to Fort Lauderdale hit a “large bird” while accelerating for takeoff, causing damage to the engine and forcing passengers and crew to evacuate, according to the airline. The pilot hit the brakes and brought the plane to a stop.

Video filmed from inside the airport showed flames and smoke on one side of the plane before emergency slides were released. Spirit said in a statement that they “commend” their crew “for handling the situation swiftly and safely,” and said that all guests evacuated the plane and were bussed back to the terminal.