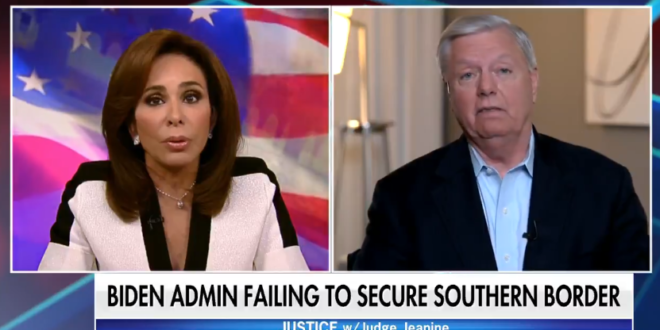 “You know what pisses the border patrol off is they’re having to process these people. That means they can’t be out there getting drug dealers and terrorists coming across the border.

“They’re spending all their time acting as hotel clerks for well-off Brazilians who are scamming and playing a game. When we went through the processing station, these were upscale luggage. No dirt on their shoes.

“They fly into Cancun, they rent a car or a bus, dropped off at the border, get their luggage out, find the first border patrol agent they can find — and before they do that — they book a flight to a friend or relative already in the United States.

“This is offensive, it is a bunch of bullshit and it needs to stop.” – Sen. Lindsey Graham, last night on Jeanine Pirro’s Fox News show.

He called it was “offensive” and a “bunch of bullsh*t” that the middle class migrants were coming through the southern border illegally. pic.twitter.com/s7y5VqoUE0