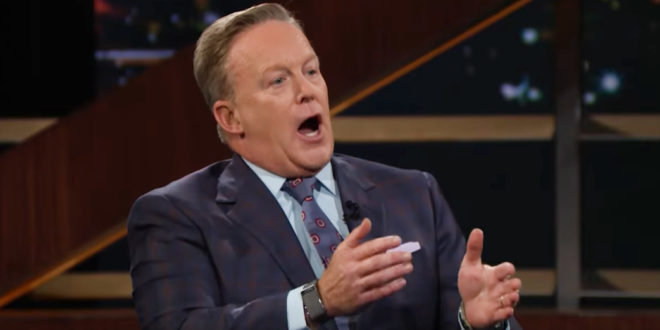 Bill Maher confronted ex-White House Press Secretary Sean Spicer over unfounded claims that the 2020 election was stolen from Donald Trump, accusing him of being too “afraid” to admit the former president lost. Maher asked Spicer if Trump won or lost the election, to which the former press secretary responded: “I don’t know.”

“There you go,” Maher said. “Because the world does.” After some more back-and-forth over the claims, Maher eventually accused Spicer of being “afraid” of Trump.

“You work in the conservative sphere of media. If you say what I want you to say, you won’t get your job. Trump will start attacking,” Maher said. “It’s bullsh*t, Sean,” Maher added. “You know it’s bulllsh*t.”

The clip below is cued to the relevant moment.

“We can’t move forward because two-thirds of your party is beholden to this idea that is not true,” the ‘Real Time’ host told the former White House press secretary under Trump. https://t.co/F0GJtdnT8y