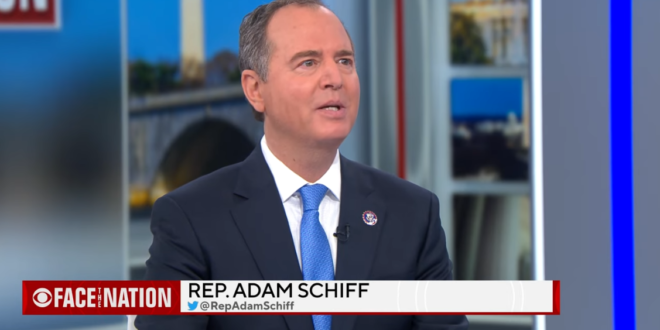 “We want to make sure that these witnesses come in and testify,” Schiff told host Margaret Brennan. “[W]e are prepared to go forward and urge the Justice Department to criminally prosecute anyone who does not do their lawful duty.”

“I applaud the Biden administration for not asserting executive privilege,” Schiff told Brennan, “not trying, because it’s protecting its own prerogative, to deprive the American people of the full facts. So hats off to the administration.”