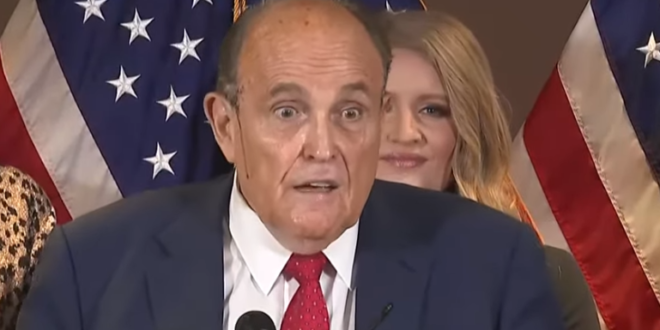 Rudy Giuliani: Trump “Ordered Me” To Work For Free

Rudy Giuliani testified that he represented President Donald Trump for free after the 2020 election because Trump “ordered me to do it,” newly released court documents showed. Giuliani had led the Trump campaign’s effort to contest the 2020 election results by filing dozens of lawsuits that alleged there was widespread election fraud, all of which were thrown out by federal judges.

Trump had previously cut off Giuliani and was refusing to pay his legal bills, Michael Wolff says in his book “Landslide: The Final Days of the Trump Presidency.” The amount that Trump may owe Giuliani is unclear, but Maria Ryan, a Giuliani associate, told The New York Times Giuliani gave a rate of $20,000 a day to the Trump campaign for his work on the election lawsuits.