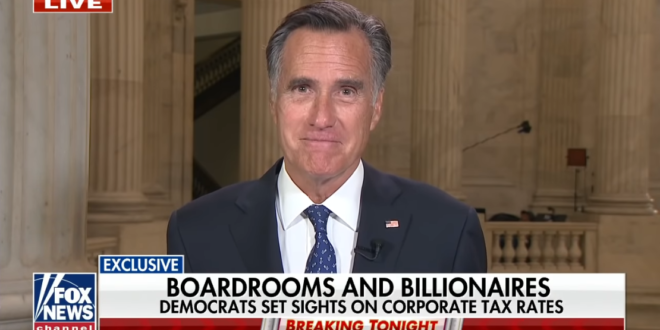 Romney: If We Raise Taxes On Billionaires They’ll Invest In Paintings And Ranches Instead Of Creating New Jobs

Romney weighs in on higher taxes on billionaires:

Well, first of all, it’s not a good idea to tell billionaires, don’t come to America, don’t start your business here, to tell the Steve Jobs and the Bill Gates and people like that, this isn’t the place to begin your business, go somewhere else. That’s a bad idea.

But, number two, you’re going to tax people, not when they sell something, but just when they own it and the value goes up. And what that means is that people are, these multi-billionaires, are going to look and say, I don’t want to invest in the stock market, because, as that goes up, I’m going to get taxed.

So maybe I will instead invest in a ranch or in paintings or things that don’t build jobs and create a stronger economy. That kind of distortion of our economic system is a bad idea for the entire country, because, frankly, we depend upon people of means to invest in enterprises, to invest in the stock market.

That’s one of the reasons the stock market keeps going up, which is good for all of us. The idea that somehow there’s somebody out there that’s going to give us stuff for free, it’s just not going to work.

Senator Romney expresses concern that taxing billionaires could cause them to invest in paintings or ranches rather than things that build jobs pic.twitter.com/z7lezbuuHb