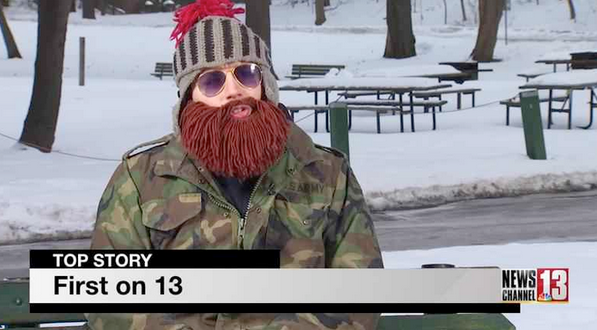 Before his bond hearing began Tuesday, a federal judge warned Brandon Fellows he could be opening himself up to perjury – or even obstruction of justice – charges if he testified on his own behalf, and that he would likely be going back to jail, regardless. Two hours later, the judge’s warning turned out to be prescient.

Assistant U.S. Attorney Mona Furst reportedly got Fellows to admit that he gained access to the Capitol through a broken window, and that he tried to get a previous judge removed from the case using the judge’s wife’s contact information.

At the end of the hearing, McFadden ordered Fellows back into custody and told him: “You’ve admitted to incredible lapses of judgment here on the stand, not least of which was seeking to disqualify a New York state judge.”

Brandon Fellows sought to have his bond status revoked, only to make the legal case against him stronger. https://t.co/JrpSPJyMqf

Brandon Fellows isn’t getting out of jail before trial.

Judge: “I gave you a chance… You’ve had chance after change.”

“You are charged with a federal felony, this is not some sort of community college where we give people pats on the back.”

Brandon Fellows—motivated by a Trump tweet to go to DC—breached the Capitol and posted video of himself smoking a joint in @SenJeffMerkley’s office.

1) I don’t want to throw anyone under the bus (before doing so–also, he lives in a bus)
2) It’s unfair
3) Constant improvement.

[THREAD] Last time we checked in on Brandon Fellows he was giving interviews to local TV in his insurrection costume and comparing his situation to the Holocaust. You may be shocked to learn he has been *ARRESTED AGAIN* pic.twitter.com/VqW2pXhIuZ