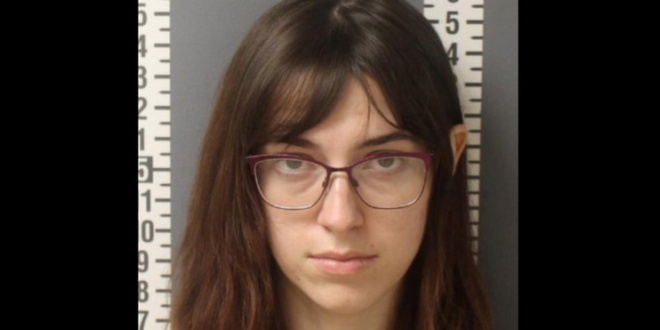 Prosecutors have formally charged a Jan. 6 rioter with stealing a laptop from Speaker Nancy Pelosi’s office and selling or disposing of it. Riley Williams, one of more than 600 defendants charged for breaching the Capitol, had long been suspected of making off with the computer.

The newly issued indictment describes it as a Hewlett-Packard laptop “located in the offices of a member of the U.S. Congress.” Video that Williams allegedly shot as she paraded through Pelosi’s office suggested she grabbed the laptop and made off with it. Prosecutors in January said witnesses, including a former partner, indicated she had intended to sell it.

The formal charge suggests prosecutors now believe they can prove Williams’ theft beyond a reasonable doubt. Williams is also facing seven other felony and misdemeanor counts for her participation in the Capitol breach, including a newly added charge for assaulting or resistant police officers.

The allegation had been percolating since her initial arrest in January.https://t.co/3zPHLy91Jq

9 months after the attack, Riley Williams was finally indicted. DOJ added a civil disorder charge and a resisting cops (111a) charge. But the charge relating to stealing Pelosi’s laptop didn’t exceed $1,000, so a misdemeanor. https://t.co/rlSRLD2Xl7 pic.twitter.com/fGaVFoaGCJ

She IS charged with obstruction, which carries that 20 year max (tho the max range so far has been 6.5 years), so she could still face five years or so in prison.

IDENTIFIED: Riley Williams, 22, from Pennsylvania stormed the buildings during the Washington DC siege. She attracted attention after she was filmed directing rioters “up the stairs, up the stairs”. https://t.co/dBsFoLKzsY pic.twitter.com/Aq4giwI9vH