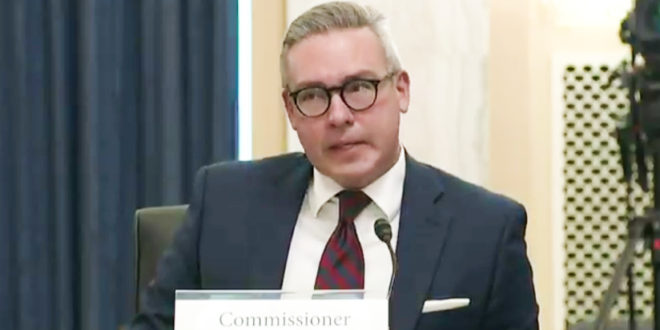 Al Schmidt, a Republican city commissioner on the Philadelphia Board of Elections, told the committee he received several threats, including one that said: “Tell the truth or your three kids will be fatally shot,” along with the names of his children, his address, and a photo of his home.

Schmidt said other messages he received included: “Cops can’t help you,” “Heads on spikes,” and “perhaps cuts and bullets will soon arrive at [his address.]”

“There are additional threats that my family asked me not to share today because they are so graphic and disturbing,” he said, adding: “I have three little kids. My youngest is seven years old. No matter what our party affiliation, this is not okay. And let’s be clear: this is domestic terrorism. The whole point is to terrorize.”

“This is domestic terrorism. The whole point is to terrorize, to intimidate, and to coerce, and to prevent our democracy from functioning as it should. In my case, this happened in the city where our democracy first began.” My testimony to the US Senate: pic.twitter.com/Sa1Nt40FOp