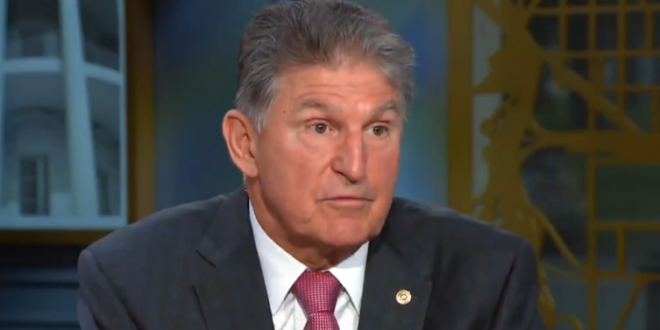 In recent days, Sen. Joe Manchin (D-W. Va.) has told associates that he is considering leaving the Democratic Party if President Joe Biden and Democrats on Capitol Hill do not agree to his demand to cut the size of the social infrastructure bill from $3.5 trillion to $1.75 trillion, according to people who have heard Manchin discuss this. Manchin has said that if this were to happen, he would declare himself an “American Independent.” And he has devised a detailed exit strategy for his departure.

He told associates that he has a two-step plan for exiting the party. First, he would send a letter to Sen. Chuck Schumer, the top Senate Democrat, removing himself from the Democratic leadership of the Senate. (He is vice chairman of the Senate Democrats’ policy and communications committee.) Manchin hopes that would send a signal. He would then wait and see if that move had any impact on the negotiations. After about a week, he said, he would change his voter registration from Democrat to independent.

SCOOP: @Sen_JoeManchin has told associates that he is considering leaving the Democratic Party. And he already has an exit plan. Please read and RT. https://t.co/dReK7vyoma