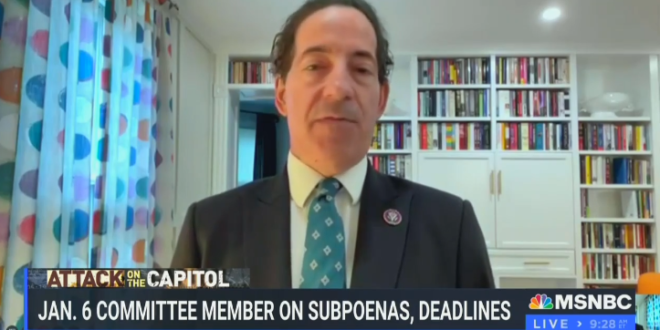 Rep. Jamie Raskin (D-MD) raised the prospect on Monday that Steve Bannon would be sentenced to jail if he refused to testify before the House committee investigating Jan 6.

“He wasn’t working for the executive branch,” Raskin observed. “So even if you assume hypothetically that Donald Trump has some kind of executive privilege, which is extremely dubious in itself, how could that extend to Steve Bannon? So he’s completely exposed.”

“Remember, Susan McDougal spent 18 months in jail because she refused to participate in the Whitewater investigation when she was under subpoena,” Raskin added. “Does the law only apply against Democrats? I don’t think so.”