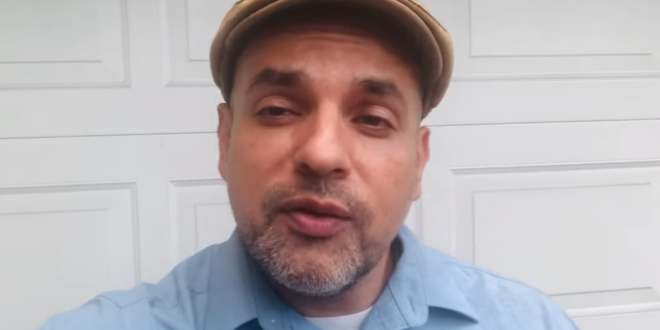 The religious exemption letter — which is sent via email after filling out a Google form — quotes several verses from the Old Testament to justify the holy objection to vaccine mandates. Quoting from Genesis, the letter states that because humans are made in God’s image, they should not acquiesce to “biological alterations” to their bodies.

“He’s a hack,” says Rabbi Joseph Korf of Hollywood Community Synagogue. “He’s not a rabbi, and if he’s ordained, he’s not recognized by any religious community that I know of.”

Meza is best known for organizing mass conversions—and has been raising money via GoFundMe for a trip to India, where he promises to “help hundreds of Indians realize their long-awaited conversion to Judaism.”

According to the New Times, Meza has been accused of charging money for conversions and the vaccine letters, but he denies both counts.

Business is booming in the world of religious exemptions for COVID-19 jabs, as anti-vaxxers scramble to avoid new vaccine mandates. One entrepreneurial pastor in Tulsa, Oklahoma, was offering to sign religious exemptions if people became online members of his church and donated money.

Though he is vaccinated, Asher Meza says he wants to offer people the freedom to choose. https://t.co/OW3ojDU3u7

There are too many layers of subversion here to unpack in a tweet.https://t.co/xa6fr2zL7k