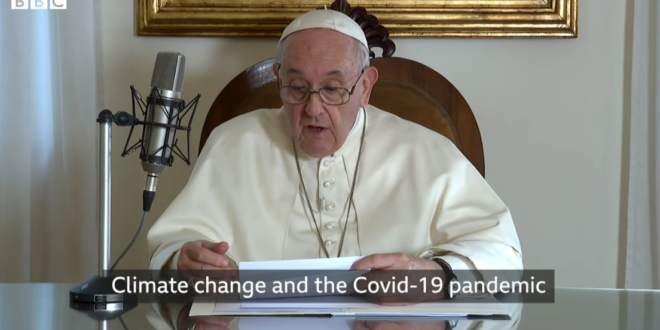 Pope Francis has urged world leaders to take “radical decisions” at next week’s global environmental summit in a special message recorded for BBC Radio 4’s Thought for the Day. Leaders attending the Cop26 conference in Glasgow must offer “concrete hope to future generations”, the pontiff said.

Francis is not attending the summit, despite earlier suggestions that he would fly in for a brief appearance to reinforce the significance of the event. His message was recorded in Italian and lasted almost five minutes. It was broadcast on Friday morning with a voiceover in English.

“A real chance for change”