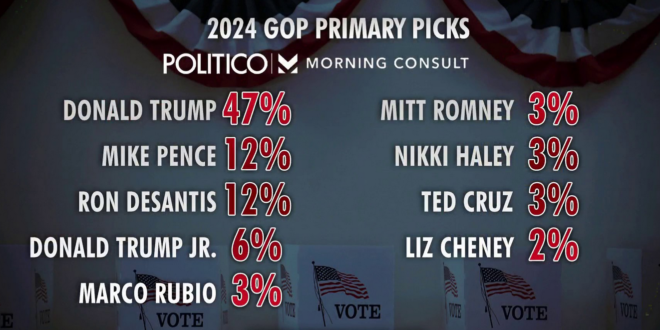 Poll: 47% Of GOP Voters Would Back Trump In Primary

Just in via Morning Consult:

Overall, the survey found that Trump remains the GOP front-runner by a wide margin, with support from 47 percent of the party’s electorate — roughly in line with the 50 percent support he secured in an average of four other 2024 presidential primary polls conducted since he lost to Biden in November.

Most GOP Voters Want Trump to Run Again, but Among Those Who Don’t, Pence and DeSantis Are the Leaders https://t.co/bzrXvoyelG via @eyokley pic.twitter.com/j9oigyTCOV