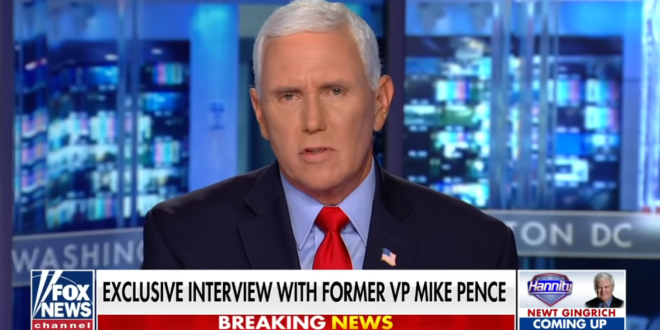 Former Republican Vice President Mike Pence has said the media focus on the January 6 Capitol riots is a distraction intended to “demean” millions of supporters of former President Donald Trump.

In an interview with Fox News on Monday night, Pence was asked about his relationship with Trump, months after the pair reportedly fell out over the Capitol riots. “I know the media wants to distract from the Biden administration’s failed agenda by focusing on one day in January,” Pence said.

“They want to use that one day to try and demean the character and intentions of 74 million Americans who believed we could be strong again and prosperous again and supported our administration in 2016 and 2020.”

Hannity asks Mike Pence how his relationship is with Trump following Jan. 6.

Pence: “The president and I sat down a few days later and talked through all of it. I can tell you that we parted amicably at the end of the administration.” pic.twitter.com/I7b1JZ5dDV