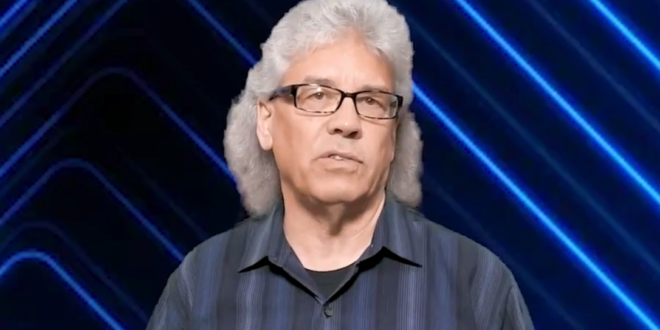 The fall play at a high school in southwest Ohio was canceled suddenly, reportedly because of concerns that a character in the play was gay.

Students at Hillsboro High School still were in rehearsals for “She Kills Monsters,” which was scheduled to open in less than a month at the school’s new auditorium, WCPO Channel 9 reports. The play is about a high school senior who tries to learn more about her late sister’s life, with implications that the dead character was gay.

The cancellation comes one week after some parents and a local pastor confronted the play’s directors at a meeting, Local 12 reports. The pastor, Jeff Lyle [photo] from Good News Gathering, denies pressuring school officials, but tells WCPO he supports canceling the play.

“She Kills Monsters” was written by Qui Nguyen and premiered in New York in 2011. Set in Athens, Ohio, it tells the story of a young woman whose 15-year-old sister dies in a car crash. Attempting to learn more about her dead sister, the woman discovers her Dungeons & Dragons campaign, which alludes to her having a girlfriend and possibly being gay.

It’s become one of the most widely produced plays at the high school and college levels in the last five years. Hillsboro City Schools Superintendent Tim Davis declined an interview. In a statement, he said “the fall play has been canceled this year because the play was not appropriate for our K-12 audience.”

The pastor says he raised complaints because the play “implies sexual activity between unmarried persons.” His church’s website contains the usual anti-LGBT blather.