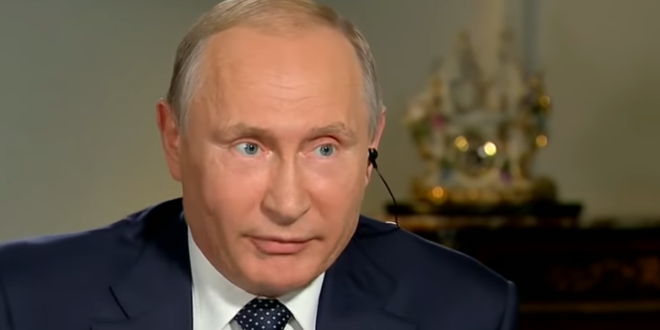 A new report sheds light on how world leaders, powerful politicians, billionaires and others have used offshore accounts to shield assets collectively worth trillions of dollars over the past quarter-century.

The report by the International Consortium of Investigative Journalists involved 600 journalists from 150 media outlets in 117 countries. It’s being dubbed the “Pandora Papers” because the findings shed light on the previously hidden dealings of the elite and the corrupt.

Hundreds of politicians, celebrities, religious leaders and drug dealers have been hiding their investments in mansions, exclusive beachfront property, yachts and other assets, according to a review of nearly 12 million files obtained from 14 firms located around the world.

Russian President Vladimir Putin’s longtime mistress has an estimated net worth of $100 million in “shadow wealth,” including swanky apartments and a yacht, despite her modest background, a trove of newly leaked documents reveal.

Svetlana Krivonogikh, 46, has been romantically linked with the Russian strong man since he was still deputy mayor of her hometown of St. Petersburg, and reportedly has a daughter with him.

But Krivonogikh — who grew up in a communal apartment — and other of Putin’s cronies have been enriched through shell companies in the Virgin Islands and elsewhere.

King Abdullah II of Jordan came under heightened scrutiny on Sunday after an alliance of international news organizations reported that he was among several world leaders to use secret offshore accounts to amass overseas properties and hide their wealth.

The king was accused of using shell companies registered in the Caribbean to buy 15 properties, collectively worth more than $100 million, in southeast England, Washington, D.C., and Malibu, Calif.

The purchases were not illegal, but their exposure prompted accusations of double standards: The Jordanian prime minister, who was appointed by the king, announced in 2020 a crackdown on corruption that included targeting citizens who used shell companies to disguise their overseas investments.

The Pandora papers also threaten to cause political upsets for two European Union leaders. The prime minister of the Czech republic, Andrej Babiš, who is up for election this week, is facing questions over why he used an offshore investment company to acquire a $22m chateau in the south of France. He too declined to comment.

And in Cyprus, itself a controversial offshore centre, the president, Nicos Anastasiades, may be asked to explain why a law firm he founded was accused of hiding the assets of a controversial Russian billionaire behind fake company owners.

The financial secrets of some of the world’s rich and powerful have been uncovered in the Pandora Papers. Here’s why it matters to you ⬇️