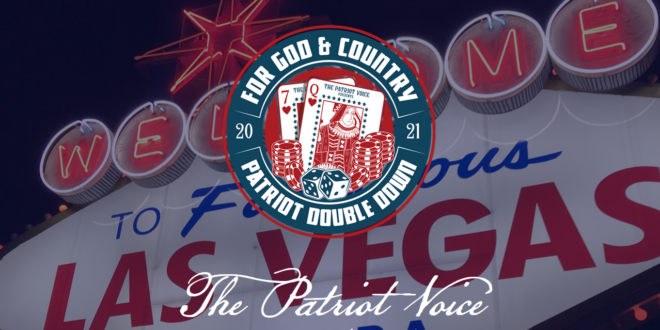 The organizer of a major QAnon conference in Las Vegas later this week, where at least four sitting GOP lawmakers will speak on stage, shared a neo-Nazi film with his 70,000 followers on Sunday evening.

John Sabal, who’s known online as QAnon John, is preparing for Thursday’s “For God and Country: Patriot Double Down” conference, but on Sunday night he took time out of his busy schedule to share a post about people who had praised “Europa – the Last Battle.”

It’s a 10-part film that claims Jews created Communism and deliberately started both world wars as part of a plot to found Israel by provoking the innocent Nazis, who were only defending themselves.

Read the full article. Last month it was reported that a major Trump donor would host the conference at his hotel after Caesar’s backed out. According to their website, scheduled speakers include Michael Flynn, Ron Watkins, Jim Watkins, George Papadopolous, Juanita Broadrick, Cowboys For Trump founder Cuoy Griffin, anti-LGBT activist Bevelyn Beatty, and several Nevada GOP state reps. Plus the GOP candidates noted below.

QAnon John, the organizer behind the Patriot Roundup and Patriot Double-Down is now promoting the neo-Nazi propaganda film Europa: the Last Battle. pic.twitter.com/ZQSgEuHZdO

Jim Marchant, who’s running for secretary of state in Nevada, is back on the list of special guests at the upcoming Las Vegas QAnon conference. Three other sec of state runners will also appear as guests:

Previous Bongino Taunts Radio Giant To Fire Him Over Mandate
Next Shapiro Host: Gays Should Be Banned From Adopting