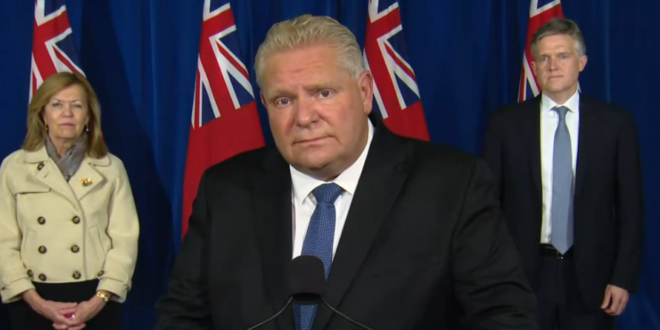 Self-described Jesus lover, police wife and former Lingerie Football League player Krista Ford Haynes apparently refuses to give up her anti-vax/anti-mask stance or, more importantly, to stop preaching about it on social media despite her father’s position and sentiments on the highly politicized issue.

The 30-year-old has many times now posted anti-vax rhetoric to her private Instagram, suggesting in various IG stories that the jab is not safe and can infect you with COVID-19.

She has also taken to her 16.3k-follower-platform to caution people against an impending “new world order,” publicly stating last month that the Canadian government “does not want to release any of their research” on the virus and questioning case and death numbers.

The piece goes on to question how Ontario Premier Doug Ford’s COVID policies may be influenced by his daughter. As you may recall, his late brother, former Toronto Mayor Rob Ford, wasn’t exactly a stable person either.

This is literally from @fordnation’s daughter. If you can’t convince your own child on the importance of getting vaccinated, why are you leading us through a global pandemic? https://t.co/LdmTf2QvLh

Doug Ford’s daughter is full-on Qanon now. This is gonna be awesome… pic.twitter.com/9Gv2TEafns

Good to see ⁦@ItsDeanBlundell⁩ & ⁦@StopNoPassList⁩ featured in ⁦@blogTO⁩. Let’s keep the heat up on this issue.