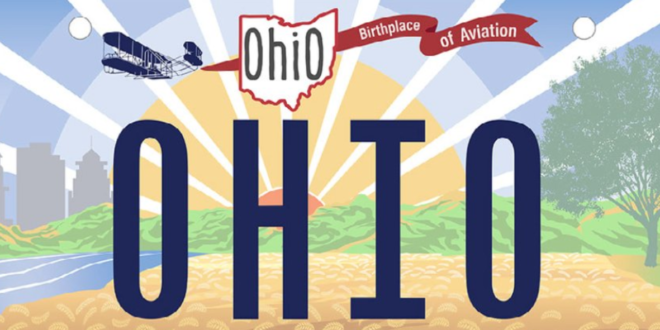 Ohio’s debut of its new license plate failed to take off — because a banner depicted on the plate was attached to the wrong end of the Wright Brothers’ historic first plane, the Wright Flyer.

The new license plate illustrates rays of sunlight beaming into the sky, with a banner that reads “Birthplace of Aviation” draped across the horizon. But the banner, which should have been trailing behind the plane, was attached to its front.

The front of the Wright Flyer can easily be mistaken for its back because the plane’s propellers were located at the back, instead of the front.

We are aware that the plane on the new Ohio license plate unveiled this morning was oriented in the wrong direction. We regret this mistake and have fixed the image. This is the correct design that will be reflected on all new plates issued to Ohio drivers. ⬇️ pic.twitter.com/HAire7kr9M