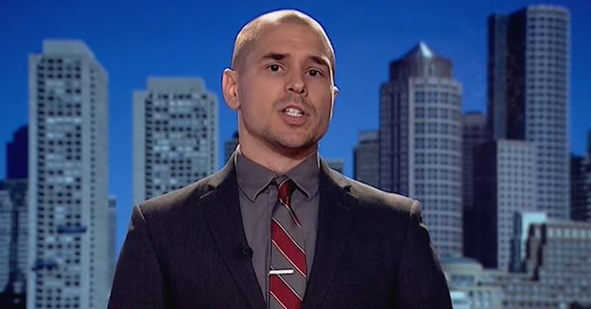 “Considering all these attacks from the left, we’d like to ask our viewers to reach out to AT&T and show them your support. One America News is one of the last free voices in journalism.

“So let AT&T know that you appreciate that they allow for diversity in news programing, and they aren’t just pushing a one sided agenda like everyone else.

“Thank you very much, Robert. I know you probably have some checks from AT&T to cash. And I’ve got to get back to my grueling workday pedaling Russian propaganda.” – OAN host Pearson Sharp, interviewing network founder Robert Herring.

Pearson Sharp previously appeared on JMG when called for executing “voter fraud traitors” and when he boasted that he’ll never refer to Biden as president.