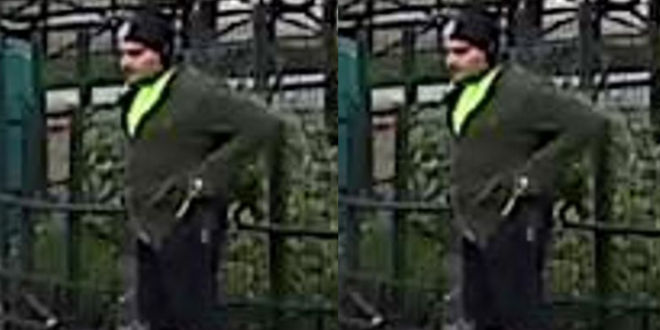 A skateboarding vandal was caught on video released Monday tossing paint on the George Floyd statue in Union Square.

The incident happened 10:15 a.m. Sunday, with the suspect riding up to the statue, slinging paint from a can, then casually skateboarding away, the video shows.

It was the second time the memorial was vandalized. In June, four men wearing bandannas spray-painted a white supremacist graffiti on the statue, which at the time was displayed at Flatbush Junction in Brooklyn.

The NYPD said they’re searching for the skateboarder, who was wearing black and green and carrying a green backpack.https://t.co/duX4ZiUfxn

A man on a skateboard vandalizes the newly erected statue of George Floyd in New York’s Union Square.

Even in death, the very idea of George Floyd being memorialized still frightens them.pic.twitter.com/6MPh38Sxai

Volunteers clean a statue of George Floyd after it was vandalized with paint in Union Square, NYC. pic.twitter.com/UJJJzrT4go

This act of cowardice and hate is reprehensible.

I have directed @nyspolice Hate Crimes Task Force to provide any assistance in the investigation to find the perpetrator and hold them accountable. https://t.co/qa4v18T63S