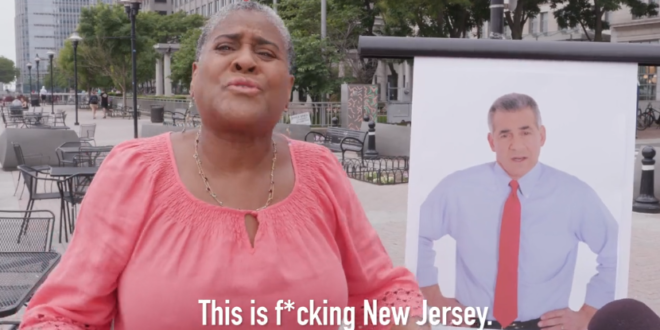 In his bid for re-election, Gov. Phil Murphy just went full Jersey on his opponent. With his catchphrase “What a knucklehead,” Murphy retweeted an NJ Dems humorous ad on Monday that takes a swipe at Republican challenger Jack Ciattarelli.

The tongue-in-cheek digital ad, stealing a bit from late-night talk shows, first shows “people of the street” a photo of Ciattarelli and asks, “Do you know who this guy is?” Of course, none of the actors do.

Then after telling them Ciattarelli once led an effort to ban swearing, the responses are a continuous barrage bleeped-filled reactions – “This is [bleeping] New Jersey.”

Jack Ciattarelli is so out of touch with New Jersey, he supported a ban on cursing in his town. Here’s what some New Jerseyans had to say about that.

In their latest ad, NJ Dems took a swipe at Republican challenger Jack Ciattarelli over swearing. The memes were flying on Twitter. https://t.co/QMpfn6iYLa