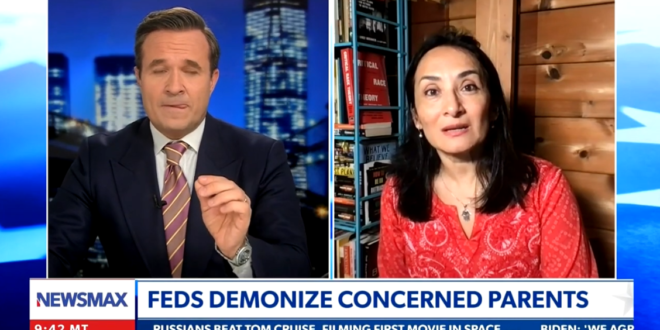 Newsmax Host: The Capitol Riot Was A Setup By Dems

“January 6th is another fixture in the land of make believe – that this was the worst thing that ever happened. Not that it was a trespassing event, not that Democrats may have had a hand in setting the conditions and even, perhaps, setting the whole thing up. There’s something to talk about there. All right, all this stuff is going on. All the other stuff is not going on. But they’re saying it’s going on. And what are they upset about?

“What is the Joe Biden Justice Department upset about right now? These wonderful Americans who have been showing up at school board meetings and speaking passionately about the welfare of their children and speaking out against the corrupt and hateful critical race theory.” – Newsmax host Greg Kelly, who woke up in Kenya four days later that one time he smoked weed.

Rather obviously, most of the death threats and insane ravings at school board meetings have been about COVID mandates and not critical race theory.

Previous MI Cultists Sue Dominion For Sending Warning Letters
Next Reuters: OAN Was Created By And Is Funded By AT&T