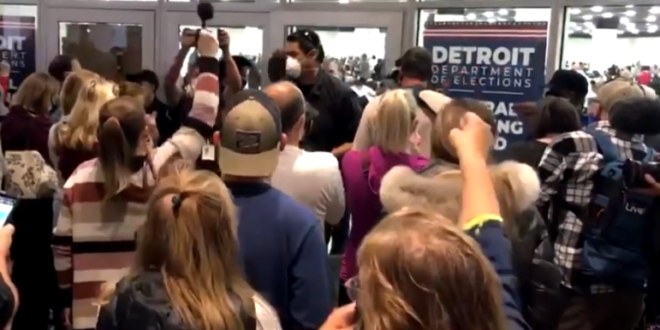 With the help of a pro-Trump attorney, a group of disgruntled former 2020 Michigan poll challengers has launched a lawsuit against voting machine company Dominion for allegedly harming them with cease and desist letters. Kurt Olsen, a Maryland lawyer who aided attempts to illegally overturn the 2020 election for former President Donald Trump, is leading the effort. Olsen was allegedly dumped by his former law firm this summer.

The company has not, however, sued any of the eight plaintiffs involved in the new case. The former Michigan election challengers instead argue that Dominion sent them harmful cease and desist letters warning them against “defaming Dominion” after the plaintiffs voiced their concerns about the voting process in affidavits, but allegedly did not mention Dominion. The notices they received from Dominion left them “consumed with a sense of fear,” the lawsuit reads, and “clearly damaged.”

Read the full article. One of the parties to the suit claims the letters from Dominion have left her in fear for her unborn child. Yeah.