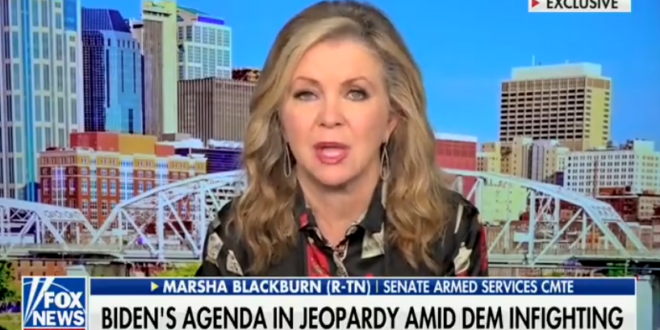 Marsha Blackburn: The Infrastructure Bill Is Meant To “Demoralize The Military And Close Churches” [VIDEO]

Blackburn argued Sunday that the Democratic initiative is designed to be “a takeover of the country in one vote. They want government control of your kids,” Blackburn claimed.

“They want government control of health care, they want to demoralize the military, close the churches, destroy your faith in the American system,” Blackburn alleged.