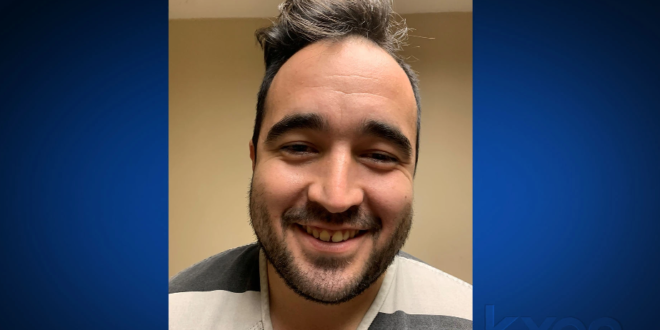 The Austin Fire Department Arson Investigators and the FBI announced an arrest in an incident involving a person who tried to vandalize and start a fire at the Travis County Democratic Party Headquarters earlier this week. On Friday, AFD identified the man as Ryan Faircloth, 30.

The warrant then says Faircloth exits the camera view and comes back in with a “dark colored bottle with a light-colored material sticking out of the top, later identified as an improvised explosive device (commonly referred to as a Molotov Cocktail).”

JUST IN: Arrest made in Wednesday’s arson incident at the Travis County Democratic Party office in East Austin. Press conference with more info planned at 4pmhttps://t.co/o1DQmhhYnz

Police in Austin, TX have arrested Ryan Faircloth for throwing a Molotov cocktail into the Travis Co Dem Party HQ: He “was not happy with the current political climate. He blamed this office, and who they represent, for a lot of the issues he saw as problems with the country.” pic.twitter.com/6jfnZi1KOl

BOOKING PHOTO: Ryan Faircloth, 30, has been arrested and charged for the arson incident at the Travis County Democratic Party office in East Austin https://t.co/o1DQmhhYnz pic.twitter.com/0eqMMfXURU

Previous Fox News Host: The Vaccine Is Dangerous For Children
Next AL Gov Signs Bills To Use COVID Money For Prisons