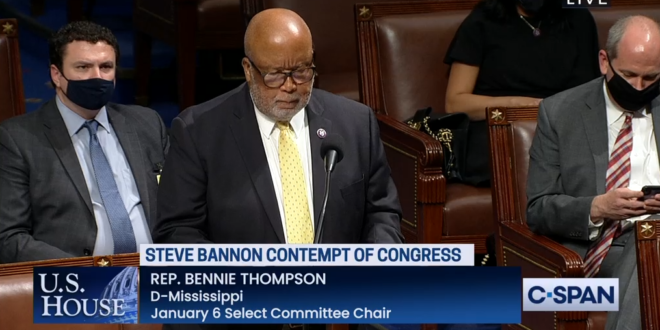 The Democratic-controlled House of Representatives is expected to vote Thursday to hold Steve Bannon, one of former President Donald Trump’s closest allies, in criminal contempt of Congress after he defied a subpoena from the committee investigating the January 6 attack on the Capitol.

The action marks a significant escalation in how far the panel is willing to go to rebuke individuals who refuse to cooperate as it investigates the violent attack that sought to overturn the results of the 2020 presidential election.

The vote by the full House to hold Bannon in criminal contempt of Congress will set up a referral to the Department of Justice, which would then have to decide whether to prosecute.

House GOP Whip Steve Scalise said he expects almost all of his conference to vote against the Bannon contempt resolution. https://t.co/jWNjriBI0p