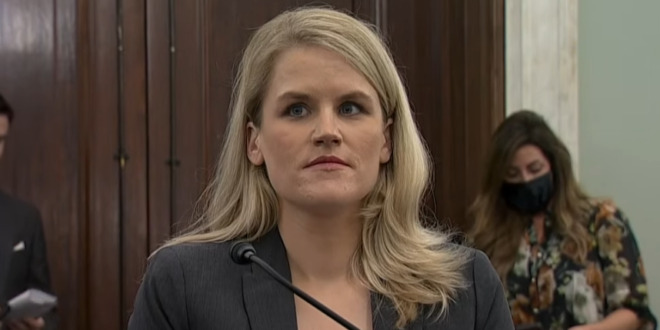 The Facebook whistleblower who released tens of thousands of pages of internal research and documents indicating the company was aware of various problems caused by its apps, including Instagram’s potential “toxic” effect on teen girls, is set to testify at a Senate hearing on Tuesday.

Frances Haugen, a 37-year-old former Facebook product manager who worked on civic integrity issues at the company, will face questions from a Senate Commerce subcommittee about what Facebook-owned Instagram knew about its effects on young users, among other issues.

In her prepared testimony obtained by CNN Monday ahead of her appearance, Haugen said, “I believe what I did was right and necessary for the common good — but I know Facebook has infinite resources, which it could use to destroy me.”

Read the full article. Start time is 10AM Eastern.