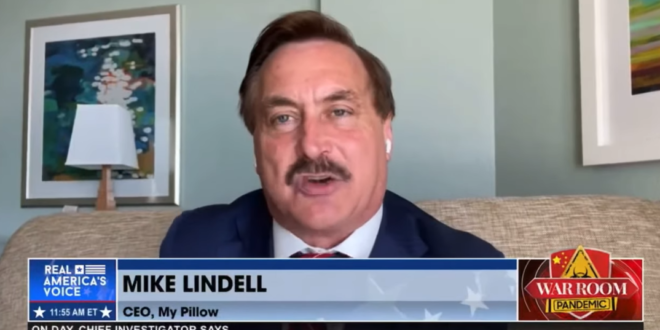 Lindell: I’ll Be Before SCOTUS By Thanksgiving [VIDEO]

During a podcast, Lindell said that he would begin presenting his case to the Supreme Court two days before Thanksgiving, which he predicted would captivate the world.

“Guess who’s going to talk about it for four days over Thanksgiving? Every person in the world!” he said. “Everybody’s watching for this!”

He then predicted that all nine Supreme Court justices would be blown away by the evidence he presented because “they’re there to protect our country, they’ve lived the American dream.”

Mike Lindell says he’s launching his voter fraud case with the Supreme Court 2 days before Thanksgiving so that every person in the world will talk about it for 4 days. pic.twitter.com/iBFqru7Qky