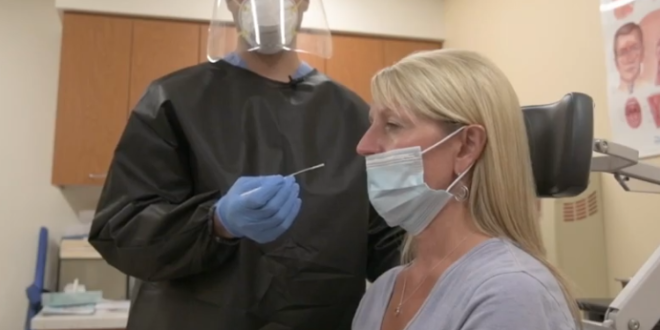 LA To Deduct Cost Of Tests From City Workers’ Pay

The Los Angeles City Council approved a plan on Tuesday that calls for deducting the cost of COVID-19 tests from the paychecks of police officers, firefighters and other city workers who remain unvaccinated.

The plan, which passed the council by a 13-0 vote, according to the Los Angeles Times, requires that all unvaccinated employees reimburse the city $260 per pay period to cover the four tests that are mandated for workers who have not received the shot. Each test costs $65.

The plan also says that city workers have until Dec. 18 to comply with the vaccine mandate, which is an extension from the original October deadline. On that date, all workers who have not been fully inoculated will be subject to “corrective action,” according to the plan.