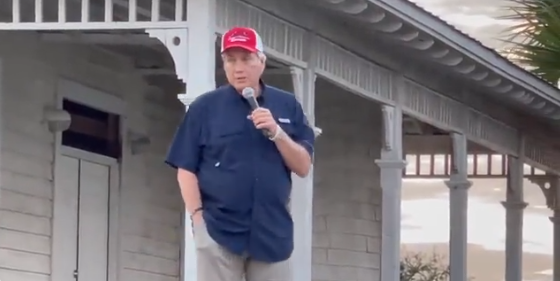 A leading face of the effort to overturn the 2020 election results, attorney and Donald Trump loyalist Lin Wood put a different conspiracy theory forward in a clip going viral on Twitter when he suggested the planes that hit the World Trade Center towers on 9/11 were CGI and a missile was fired at the Pentagon as part of a plot to bring down a building containing financial records of “missing” trillions.

“Let’s talk about CGI—computer graphics generated images. You know what CGI is? You know what deep fake videos are? I know you know what Photoshopping is,” Wood said at a rally in Georgia on Friday. After Lin Wood strung together several unrelated claims and definitions of words, he dramatically declared “There are. No. Coincidences.” in front of a dead silent crowd.

Lin Wood says that the planes that hit the twin towers and the Pentagon on 9/11 were fake CGI. pic.twitter.com/H8amh8luzp