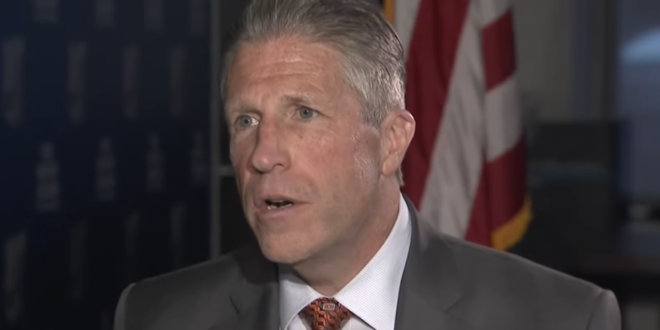 The Police Benevolent Association had argued that the NYPD’s “vax or test” program, which requires unvaccinated officers to get tested weekly, was sufficient to protect against the spread COVID-19. The mandate, the union representing rank and file cops argued, violated officers’ bodily autonomy.

City workers who fail to get vaccinated before Friday’s deadline will be placed on unpaid leave and could be terminated. “Today’s ruling sets the city up for a real crisis. The haphazard rollout of this mandate has created chaos in the NYPD,” PBA President Patrick Lynch [photo] said in a statement.

The PBA said the NYPD’s “vax or test” program was enough.https://t.co/f7K87tEvqV