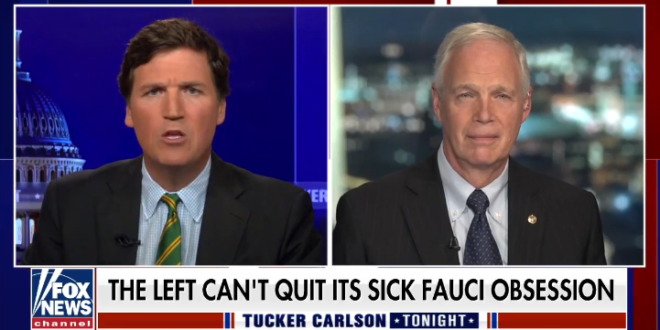 Johnson: There Is No FDA-Approved COVID Vaccine

They did it for the Comirnaty — it’s available, I guess, in Europe, but the Pfizer vaccine available in the U.S. is not FDA approved — it’s got an emergency use authorization.

I wrote a letter to the FDA on August 26th — they have still not given me an answer of why didn’t they approve it? Why are they basically lying to the American public? That’s a serious question to be asked — is we are destroying our health care system with these mandates.

Sen. Ron Johnson first suggests that vaccines are actually responsible for the Delta surge before claiming that there is no FDA-approved covid vaccine because Pfizer’s now marketing its shot as Comirnaty in the US. (This was the brand name it was already using in Europe.) pic.twitter.com/o34ft9jDmn

Ron Johnson: “We do not have an approved vaccine in America. They did it for the Comirnaty, I guess it’s available in Europe… why are they basically lying to the American public?!”

It’s the same vaccine in both Europe and USA! Pfizer just changed the name here after approval. pic.twitter.com/Ns42kIKpTw