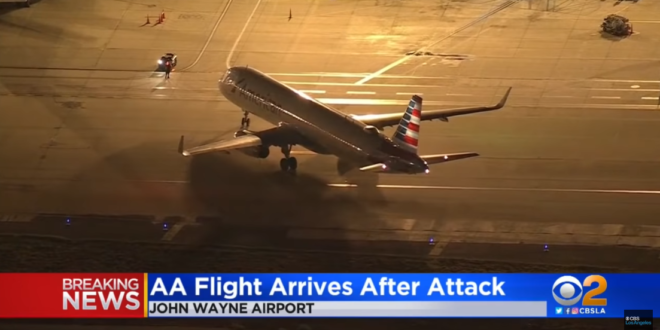 An American Airlines flight from John F. Kennedy International Airport in New York on its way to John Wayne Airport diverted to Denver International after a passenger assaulted a female flight attendant over what witnesses said was a dispute about wearing a mask.

Mackenzie Rose, another passenger on the flight, told CBSLA that the incident occurred about halfway through the trip, when the plane was over Ohio. The passenger suspected of assaulting the flight attendant was reportedly in first or business class.

“I saw her walk by and she had blood on the outside of her mask, which bless her, she was still wearing,” she said. According to the airline, AA Flight 976 was able to taxi safely to the gate where law enforcement removed the passenger.