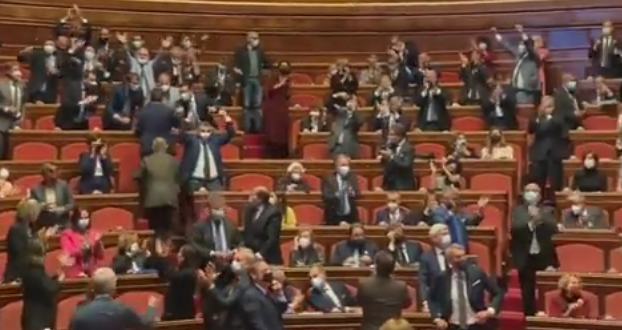 The Italian Senate voted on Wednesday to block debate over a bill that would make violence against women and LGBT+ people a hate crime, effectively killing off a proposal previously approved by the lower house of parliament.

The bill, championed by the centre-left Democratic Party (PD), has triggered fierce discussion in Italy, with the Vatican also getting involved, saying it could restrict the religious freedom of the Catholic Church.

The 315-member Senate voted by 154 to 131 to block further debate on the bill after centre-right parties said the text would curb dissenting opinions on LGBT+ issues, including those who maintain that a family requires the union of a man and a woman.

This is Italy’s Senate CHEERING after #DDLZAN, a law that could have protected LGBTQ+ people, women, people with disabilities and pretty much any minority from hate crimes, had been pushed back and blocked.