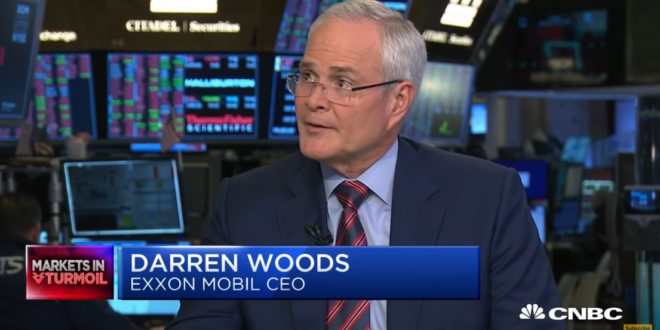 The chief executive of ExxonMobil, Darren Woods, was accused of lying to Congress on Thursday after he denied that the company covered up its own research about oil’s contribution to the climate crisis. For the first time, Woods and the heads of three other major petroleum companies were questioned under oath at a congressional hearing into the industry’s long campaign to discredit and deny the evidence that burning fossil fuels drove global heating.

When pressed to make specific pledges or to stop lobbying against climate initiatives, all four executives declined. The chair of the House oversight committee, Representative Carolyn Maloney, pressed Woods about statements by his predecessor, Exxon CEO Lee Raymond, who in the 1990s said the scientific evidence for climate change was “inconclusive” and that “the case for global warming is far from air tight”.

Carolyn Maloney announced at the end of Thursday’s hearing that she plans to subpoena oil companies and trade groups for key documents related to their conduct around the climate crisis.

“We are at code red for climate and I committed to doing everything I can to help rescue this planet and save it for our children,” the New York Democrat said during her closing remarks. “We need to get to the bottom of the oil industry’s disinformation campaign, and with these subpoenas we will.”