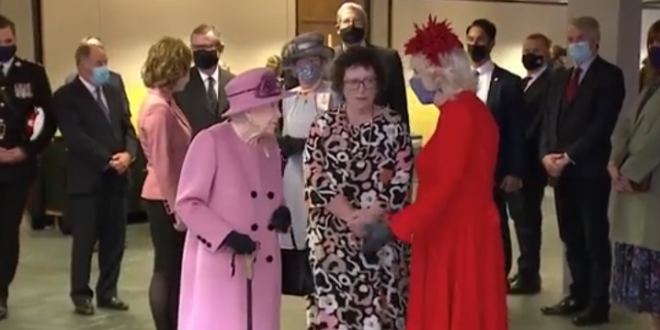 Queen Elizabeth II is not amused. Britain’s monarch has hit out world leaders who “talk” but they “don’t do” on climate change, remarks that have been interpreted as expressing a degree of exasperation at possible no-shows for the upcoming COP26 climate conference. Her remarks weren’t meant for public consumption — this is the queen, after all, an expert at giving nothing away — but were picked up on a microphone.

The queen was talking to her daughter-in-law, Camilla, the Duchess of Cornwall, and Elin Jones, the parliament’s president officer. “Extraordinary isn’t it. I’ve been hearing all about COP,” the queen says, according to video and audio recordings analyzed by the Daily Mirror. “Still don’t know who is coming . We only know about people who are not coming. It’s really irritating when they talk, but they don’t do.”

NEW: The Queen has hit out at world leaders of countries including China, Russia and Australia for failing to commit to next month’s United Nations Climate Change conference (COP26) in Glasgow, saying “It’s really irritating when they talk, but they don’t do.” pic.twitter.com/w0jggM767w

Previous Infowars Host At Riot Hearing: I Behaved Like Jesus
Next Homocon Dave Rubin: Trump Should Do The “Dirty Work” At His Rallies, Get Out Of The Way For DeSantis