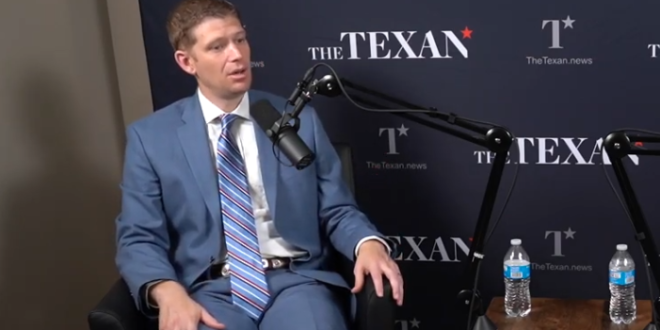 A Republican state lawmaker has launched an investigation into Texas school districts over the type of books they have, particularly if they pertain to race or sexuality or “make students feel discomfort.”

State Rep. Matt Krause, in his role as chair of the House Committee on General Investigating, notified the Texas Education Agency that he is “initiating an inquiry into Texas school district content,” according to an Oct. 25 letter obtained by The Texas Tribune.

Krause’s letter provides a 16-page list of about 850 book titles and asks the districts if they have these books, how many copies they have and how much money they spent on the books.

As you’ll see at the link above, many of the books on his list appear to be about or by LGBT people.

In the clip below, Krause appears on the YouTube show “Christians In Government” during which he rages against transgender students and boasts that Trump put “300 conservative judges” on the federal bench.

Krause is a graduate of Liberty University and worked as a lawyer for the viciously anti-LGBT hate group Liberty Counsel. He recently announced that he will challenge Ken Paxton for Texas Attorney General, which is surely what this book-banning exercise is really about.

Rep. Matt Krause, Republican state lawmaker and state attorney general candidate, has launched an investigation into Texas school districts over the type of books they have, particularly if they pertain to race or sexuality.https://t.co/OxoCZTe0Bc